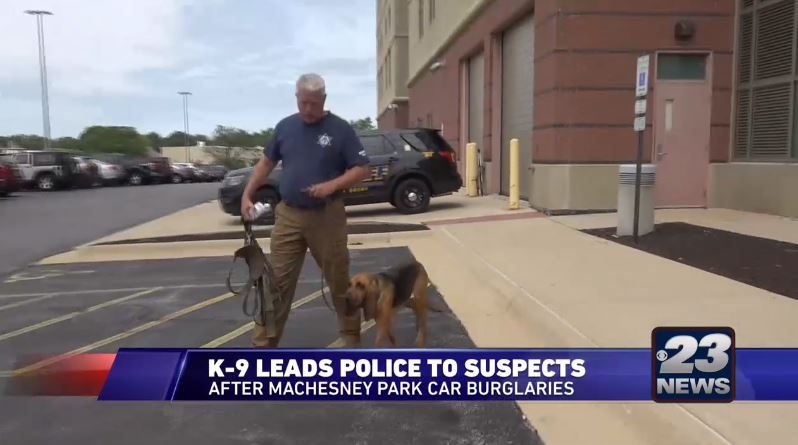 When Winnebago County bloodhounds aren’t saving lives, they are busy fighting crime and trailing bad guys in Illinois. Roxy is one of three scent discriminate bloodhound additions to the Winnebago County Sheriff’s Office K-9 Unit. Roxy and her handler, Sgt. Nick Cunningham were both trained at the Scent Evidence K9 Training Headquarters and they have been working hard to make the Rockford, IL community safer for the citizens they serve.  Below are two news items outlining their recent crime-fighting successes.

The two suspects from those burglaries were tracked by two K-9’s from the Winnebago County Sheriff’s Office.

Two bloodhounds were able to pick up the suspect’s scents from stolen items that had been dropped.

After traveling approximately 1.5 miles, they lead police to two separate residences where they found their suspects.

Law enforcement says these hounds are a great resource when it comes to crimes of this nature.

“The one we ran this morning was several hours old, there had been numerous people walking all over it,” says Sgt. Nick Cunningham. “We presented the dogs with one particular odor and asked them to find that person. That is exactly what they did because that is what they are trained to do, you can’t do that same thing with another kind of dog.”

No names are being released because the investigation is ongoing. READ MORE HERE…

MACHESNEY PARK, Ill. (WTVO) — Two guns and other items have been stolen in a series of Machesney Park car burglaries, and police used a bloodhound to lead them to a potential suspect.

Neighbors in the area of Rogers Street and Scotts Lane have been waking up this week to find things missing from their vehicles. Police say all of the cars which were broken into were unlocked.

The thieves were able to get away with spare change, purses, and two guns.

“That’s always a concern of ours, especially if juveniles are involved,” he said. “Juveniles and handguns are a horrible mixture.”

Officers were able to get a break in the case Tuesday night.

“We located some property that was dropped in the street by one of the suspects,” Schultz said. “We utilized bloodhounds [Wednesday] morning.”

“We were able to collect the suspect’s scent off that property,” said Nick Cunningham, of the Winnebago County Sheriff’s Department. “We had two bloodhounds out at the scene. Both dogs were scented off the property that was dropped…and they were able to track them.” READ MORE HERE…

WCSO police were called by the crime scene unit to help investigate a local murder.  The suspect, already known to authorities, had run from the scene, dropped a piece of clothing on the way, and was picked up by a vehicle about 100 yards from the scene. Roxy, a scent discriminate bloodhound, and her handler, Sgt. Nick Cunningham, were asked to run a car trail to see if there were any cameras in the area that would show the vehicle leaving.

Cunningham used The SEKR, a scent evidence collection vacuum, to collect the scent article from the discarded clothing. Roxy was then given the scent to begin the trail. She went to the area where the suspect was picked up according to a witness. The K-9 team continued the trail through a residential neighborhood and finally came out to the main thoroughfare where the trail was stopped due to extremely high traffic volume. Another witness had seen the vehicle just up the road from where Roxy and Sgt. Cunningham stopped. “We were just trying to connect the dots between where he got picked up and where the second witness saw him,” said Cunningham.

The suspect was taken into custody later that day and gave investigators the same route of travel that Roxy had followed.  The total distance of the trail was 3/4 of a mile. 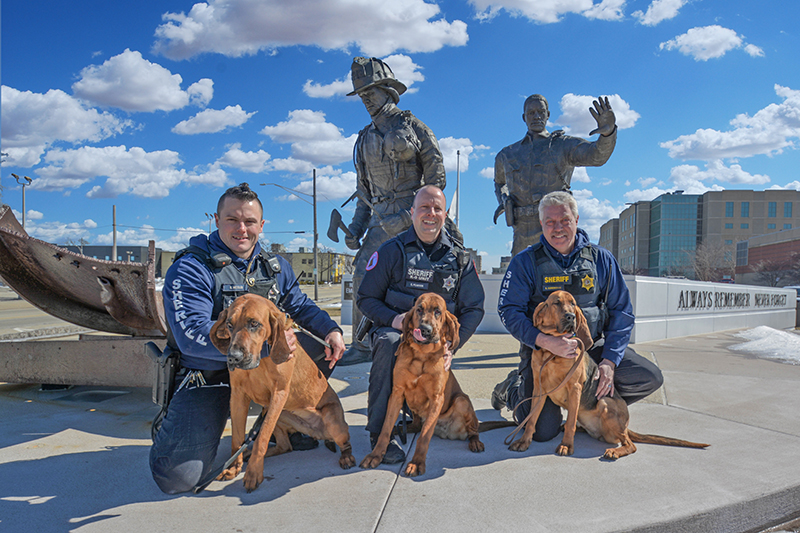 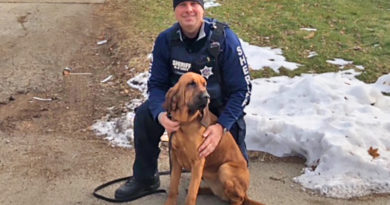 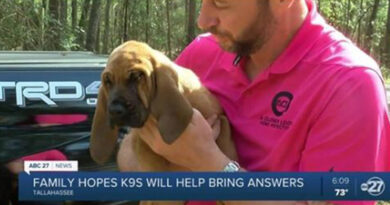 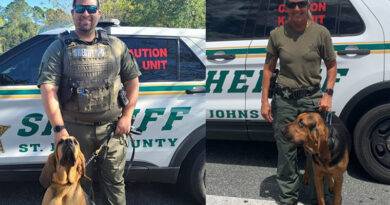