Scent Evidence K9 CEO, Paul Coley, will be heading to Switzerland as an instructor with Mark Brown (UK) at the MANTRAILING ZURICH Mantrailing Seminar 6/20-6/23, 2019. THIS SEMINAR IS SOLD OUT!

These seminars in Uster, Switzerland, are aimed at search dog teams who have already gained experience in trailing and would like to develop further. After an initial analysis, Mark Brown or Paul Coley will work individually with the teams according to their educational level. Any existing difficulties are addressed and next training steps initiated. These may include issues such as negative start, negative end, odorant contamination, differentiation, and more. The seminar language is English. The number of participants is limited.

Paul is a former FBI Forensic Canine Operations Specialist and has dedicated his entire career to public service in the fields of education, law enforcement, criminal justice, investigations, forensics, and emergency management.

As a member of the FBI Evidence Response Team, he has deployed human scent evidence K9 Trailing teams in cases across the United States. Paul has also served as an instructor for National Academy Classes at FBI Academy and presented his scent discrimination techniques during the 2017 International Scent Summit in Austria. 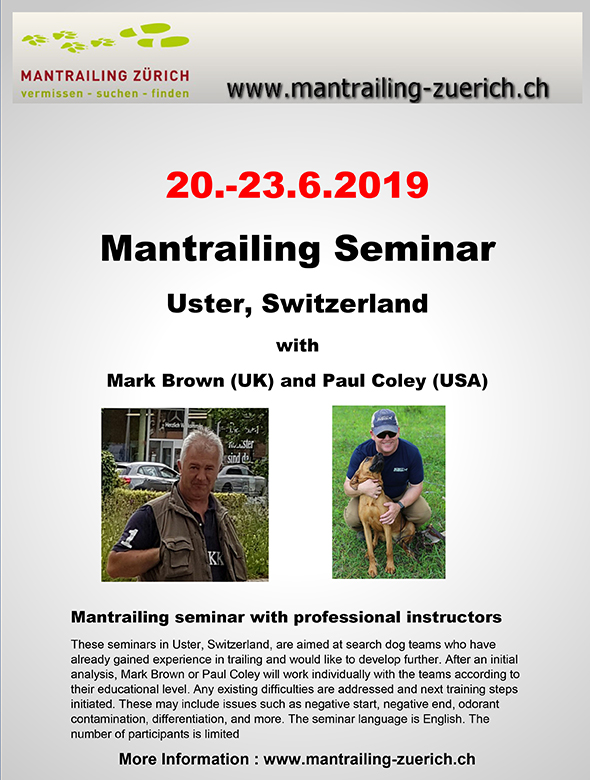