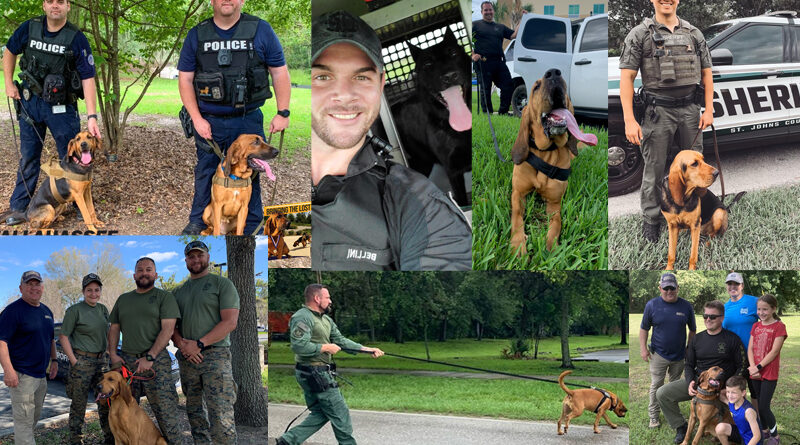 “The Bringing The Lost Home Project system of scent discriminate trailing techniques, scent collection methods, Missing Person Response Protocol training, and Scent Kit® program implementation is proving over and over again that preparing for success and training to win is working to save lives and create safer communities,” stated Coley.

Here are the amazing stories of these top-performing K9 teams in what has turned out to be a whirlwind two weeks of trailing success!

The City of Tallahassee Police Department posted on 7/8/21 that the TPD Special Victims Unit and K9 Jon Jon responded to a report of a missing endangered juvenile. Detectives immediately discovered a Scent Kit was previously completed for the juvenile by Scent Evidence K9 through the Bringing the Lost Home project, saving valuable time as K9 Jon Jon arrived on scene.
K9 Jon Jon and Detective Osborn got to work and trailed for close to two miles as additional resources responded. Through the established partnership with Scent Evidence K9, Detective Rowland deployed a fully trained bloodhound, K9 Bree, to assist K9 Jon Jon. Through their team effort, a perimeter was established based on the trails of both dogs. After hours of searching, the juvenile was found within the search area established by both K9 teams.
“We are so proud of the hard work and dedication of Det. Rowland, Det. Osborn and K9 Jon Jon to find the missing and bring them home safe,” stated Scent Evidence K9 CEO, Paul Coley. The missing endangered youth had previously prepared a Bringing The Lost Home Project Scent Kit which provided the K9 responders with an uncontaminated scent article. The Scent Kit allows responders to begin searching immediately with a highly effective scent source for fast location results. The accuracy of the Bloodhound trails also helped direct resources where they were needed, saving time when it matters most.

Lee County Sheriff’s Dep. Travis Jelly and his scent discriminate Bloodhound, K9 Mercy, found a missing endangered 12-year-old child on 7/6/21 as Tropical Storm Elsa was threatening the Ft. Myers area. Dep. Jelly collected the missing youth’s scent article using a Scent Evidence K9 Scent Kit. Dep. Jelly presented the scent jar to K9 Mercy and the team trailed a half-mile to a creek with heavy brush. Jelly dropped the lead and K9 Mercy went to the child and laid her head on the missing youth’s chest. K9 Mercy is trained for passive alert when she finds the target, reducing any additional trauma for a missing person who has wandered due to Dementia or autism or is experiencing a mental health crisis. “K9 Mercy went from trailing dog to comfort dog at that moment,” stated Scent Evidence K9 CEO, Paul Coley. Read the PEOPLE Magazine article HERE Sheriff’s K9 Officer Helps Locate 12-Year-Old Girl Who Went Missing During Tropical Storm Elsa
Sgt. Lock and K9 Maggie located a missing woman after an hour-long trail in 100-degree heat using an off-road vehicle to cover the large and heavily trafficked search area.
Dep. Bellini and K9 Murphy located a fleeing burglary suspect after a successful search through several residential areas where the suspect had crossed multiple fences.

Dep. Casey Siglin and K9 Russo located a missing man with dementia who had wandered from his home. The trail was 2 hours old and Dep. Siglin and scent discriminate Bloodhound, K9 Russo found the man 10 minutes later laying in the middle of a dirt road .25 miles away. A Scent Evidence K9 Scent Kit was provided to the man’s family when he was returned home safe.

St. Johns County Sheriff’s Deputy Amante Gabriel A. Bacolor and K9 Oakley located a missing woman with dementia who had wandered from her home. The woman had been missing for an hour and was located in just 10 minutes near a body of water .25 miles away. Dep. Bacolor and his scent discriminate Bloodhound, K9 Oakley, used a Scent Evidence K9 Scent Kit to collect a scent article from the woman’s home. Scent Kits were provided to the woman and her family after her safe return.

The St. Johns County Scent Kit program was implemented a few months prior as part of their participation in the Bringing The Lost Home Project with Scent Evidence K9. The Scent Kits include an Individual Preparedness Plan that the family members can complete providing information to emergency responders so they can find them fast and bring them home safe.

Congrats to the MCI Bloodhound Teams for locating a fleeing felon this morning. The teams participated in Bringing The Lost Home Project scent discriminate K9 training with Scent Evidence K9 CEO, Paul Coley, a few months ago! The K9 teams worked a 4-hour-old trail in a heavily contaminated environment to locate the suspect. GREAT JOB MCI! 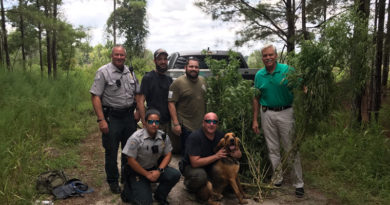 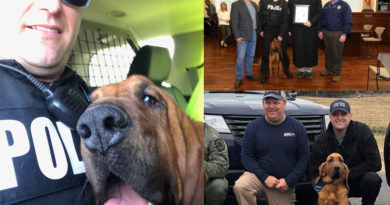 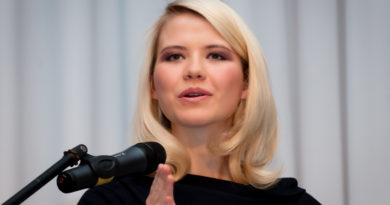