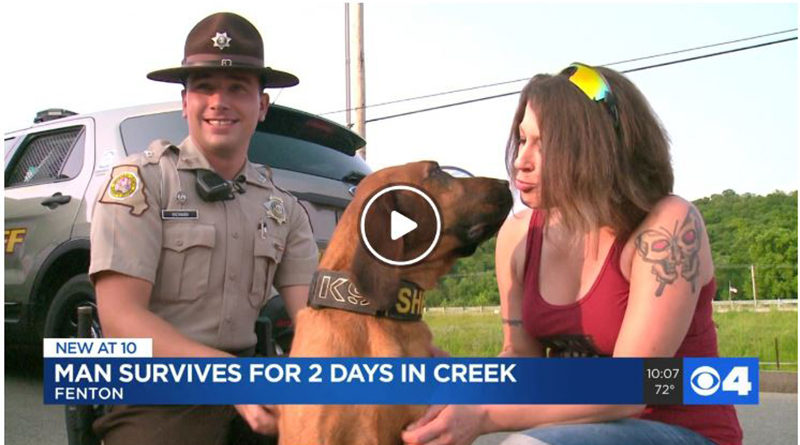 Bloodhound Zeus, a new addition to the Jefferson County Sheriff’s Office in Missouri, led responders to a man who had been missing for 2 days after being swept away by floodwaters. Zeus, a human scent discriminate bloodhound trained to follow a person’s unique scent, just started his new job for the JCSO K-9 Unit. Zeus and his new handler, Jefferson County Sheriff’s Deputy, Derek Richards, were both trained at the Scent Evidence K9 Training Headquarters in Bolivar, TN. The is the second life-saving for Zeus and Richards! 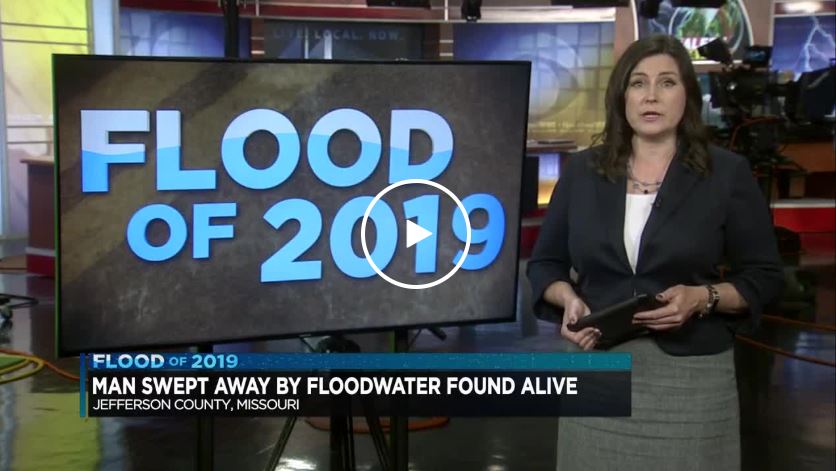 JEFFERSON CITY, Mo. (KMOV.com) — A 64-year-old man was found alive two days after being swept away by flood waters.

Fenton native Daniel Conrad was found May 23 by a Jefferson County Sheriff’s Office canine unit, having been trapped beneath the Highway 141 overpass near his home.

Conrad had been there since May 21, when he was carried off by floodwaters near Saline Creek.

Deputies say he had walked to the creek during heavy rain.

Conrad’s family filed a missing person report on the 23rd and the Jefferson County Sheriff’s Office dispatched their bloodhound Zeus and his handler Deputy Derek Richard.

Zeus trailed Conrad’s scent to the creek and then along the bank toward the highway. A member of Conrad’s family who was assisting with the search spotted him under the overpass.

Conrad was weak and disoriented, but otherwise uninjured.

He was treated by an ambulance at the scene and returned home safely.

“Our K-9 and handler program utilizes a set of evidence-based standards designed to save lives and produce better trailing results for responders,” stated Coley.

Coley, who has recently developed a Missing Person Response Protocol for responders, is proud to see the law enforcement teams he’s worked with having success with his innovative approach to K9 training, scent collection methods and search strategies. “Our partners in law enforcement are having tremendous success in finding new ways to use our scent collection methods, like The SEKR and The Scent Preservation Kit®, to find missing children and track down bad guys” stated Coley.

How Can You Help Responders Find A Missing Loved One?

Most people are familiar with preparing their families for fires or disasters like hurricanes and tornados but what would you do if a loved one went missing? What if you could prepare and protect your family before they got lost or went missing?

Having a Scent Preservation Kit® prepared gives responders a head start when searching for a missing person. With a Scent Kit, you can collect and preserve a person’s unique scent in minutes and store it for up to 10 years. A person’s scent is like their fingerprint to a trained K-9 and having an uncontaminated scent article prepared in advance lets responders act quickly to begin searching with better results. Click HERE to Learn more… 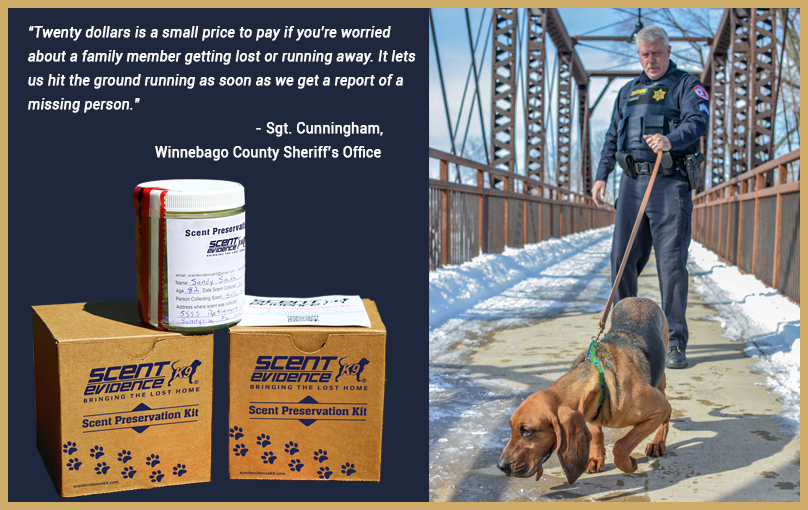 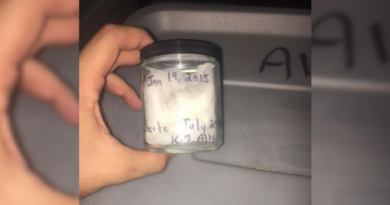 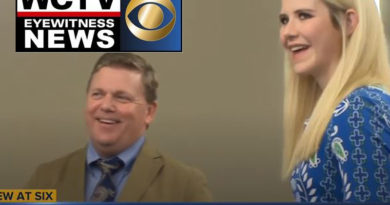 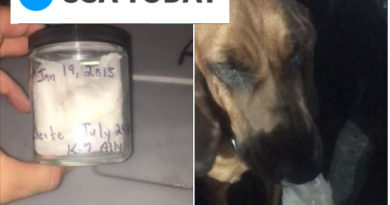 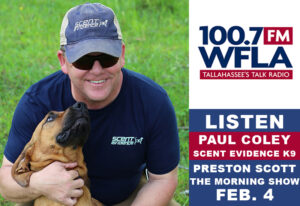